It has been a big year for food scrap recycling in the Las Vegas Valley. Hank and Clint Combs fulfilled their plans of opening a pig farm right outside of the Valley. Las Vegas Livestock, the farm, will utilize the most modern technologies in order to become a premier food scrap recycler. Using pigs as a means to recycle food is not a new to Las Vegas. The brothers’ father, Robert Combs, had been recycling food in Las Vegas for over 50 years. Now that the Combs Brothers have a farm of their own, they can take this innovative idea and expand on it. At the new location there is plenty of room to grow to meet the demand of Las Vegas. 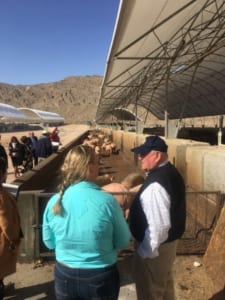 In the last year, Las Vegas Livestock has been getting great support. The biggest thing to happen to the farm in 2018 was a visit from the Secretary of Agriculture, Sonny Perdue. The tour started at a Combs Brothers’ recycling dock. Perdue was able to see the wasted food at the source, and he followed it out to the farm where it becomes food for the pigs. It was such an honor to host the Secretary of Agriculture, and Las Vegas Livestock received national recognition when Perdue mentioned it in a tweet. 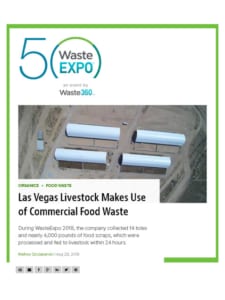 Another wonderful opportunity both Las Vegas Livestock and Combs Brothers received was recycling food scraps from Waste Expo held at the Las Vegas Convention Center last April. Waste Expo is a convention for waste management, landfill and equipment companies. The publication Waste 360 hosted the expo and wrote a wonderful article about the farm; it can be found here. 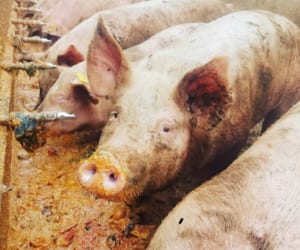 The issue of food waste has become a hot topic in the waste industry. Las Vegas Livestock is a viable option for handling this food, and it is great to have all the support the farm has received. The farm is still in its infant stages so keep checking in for updates. There are big plans for 2019!